Gajaman Nona was a famous Sri Lankan poet who lived in the end of Dutch and early British rule in the south of the country. She was born on the 10th of March, 1746 in Kollpity, Sri Lanka (then Cylon). She was well-known for her ability of both writing and reciting impromptu Sinhala poetry (known in Sinhalese as “Situvankavi” or “Hitivankavi”). Although she became famous as Gajaman Nona, her real name was Dona Isabella Koraneliya. 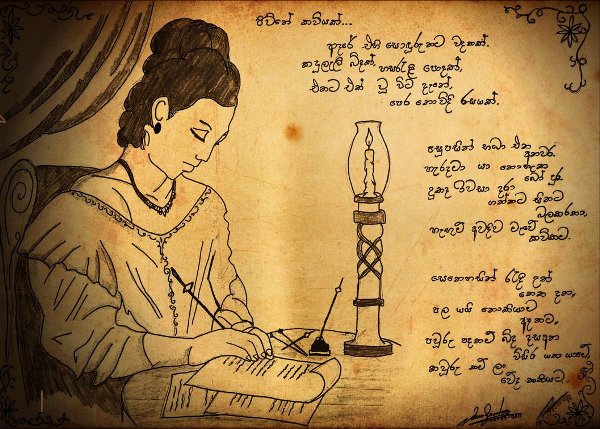 Gajaman Nona’s first marriage was to Thalpe Merenchegei Garadiya Arachchi. After he passed away of an accident she married Hendrick Siriwardena Wijaya Wimalasekera. He too died after few years, which left the young widow with 3 children from the 2 marriages. After her second husband’s death, she had a close poetic relationship with Elapatha Mudali, who was also a pupil of her Sinhala teacher, Koratota Thero. Although Gajaman Nona and Elapatha Mudali exchanged many romantic poems, there are no records on whether they met each other or not.

However, the early demise of the two husbands left Gajaman Nona with many difficulties, mainly financial. As she had no proper income, she wrote an appeal to Sir John D’Oyly, the Civil Servant and Cambridge Scholar and the then Fiscal Collector and Government Agent of Hambantota and Matara Districts. She reportedly wrote the appeal in 12 Sinhala verses, which resulted in a gallant response from Sir D’Oyly. He granted her an area of land (Nindagama) where she could earn a living by farming and other means. 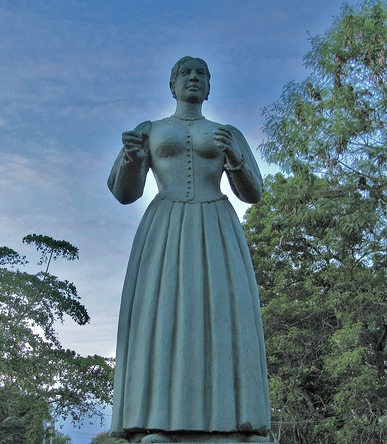 Would you please return my water pot so I can go home?

* Referring to the five and eight precepts of Buddhism